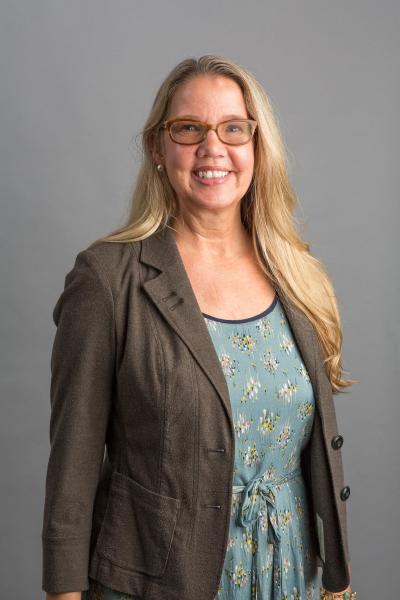 Allison LaBossiere joined our Community Partners of South Florida (CP) board in 2008 and became chair in 2015. She says she relates personally to the effects that childhood trauma has on families’ long-term health, wealth, and relationships because of her own unstable upbringing. The child of two parents who struggled with alcoholism, Allison moved so often that she attended a different school nearly every year. She earned her associate degree from Palm Beach Atlantic University and started a career as a retail bank teller. After banking laws changed, she was among the first in the U.S. to obtain both her Series 6 and Series 7 licenses, which allow bankers to sell mutual funds, fixed annuities, stocks, bonds, options, and variable annuities.

With a 30-year successful career that expanded into the Palm Beach financial wealth market where she provided investment, tax, and estate-planning advice to high net worth individuals as a vice president, Allison retired in 2012. As CP's board chair, she is dedicated to serving local residents with integrity, demonstrating a willingness to lead and assist wherever needed. Allison and her husband, Jim, love to garden, read fiction, and spend time with their extended family that includes nine nieces and nephews. As often as possible, they travel west to explore mountain trails, particularly those in Montana’s Glacier National Park, the state where they’ll live once Jim retires. 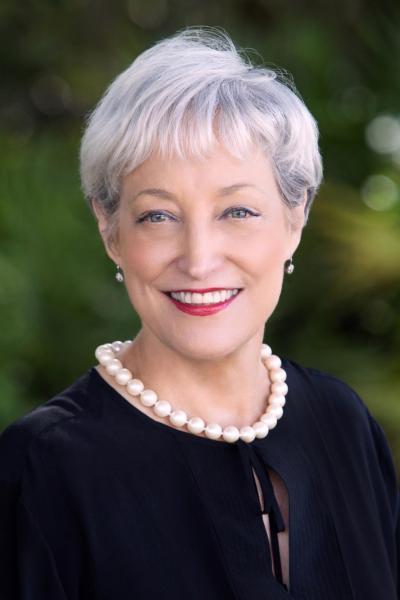 Charlotte Pelton joined our CP board in 2016 and became vice chair in 2017. She also serves our organization as the chair of our development committee. Charlotte’s passion for our organization’s important role in the community inspires her to advocate for and make connections with local leaders who can further our impact. Originally from Jackson, Mississippi, Charlotte earned her bachelor’s in marketing from the University of Southern Mississippi becoming a resident of South Florida in 1980 when she worked for Florida Power & Light Company in Miami.

As president of Charlotte Pelton & Associates since 1995, she is committed to providing superior consulting services that give organizations strategic tools to maximize their potential for success. She has managed and directed many capital campaigns for clients while providing planning, marketing, and resource development services. Charlotte has also served on several local boards in various capacities including as founding chair of the Suncoast High School Foundation and as president of Executive Women of the Palm Beaches. Charlotte’s passion for service informs and inspires, and her many connections in government and business through both her work and personal endeavors are instrumental to the success of our organization. She and her husband, Larry, have four children and nine grandchildren. Charlotte loves to cook for her family and friends and create mosaics with stone, tile and other materials. 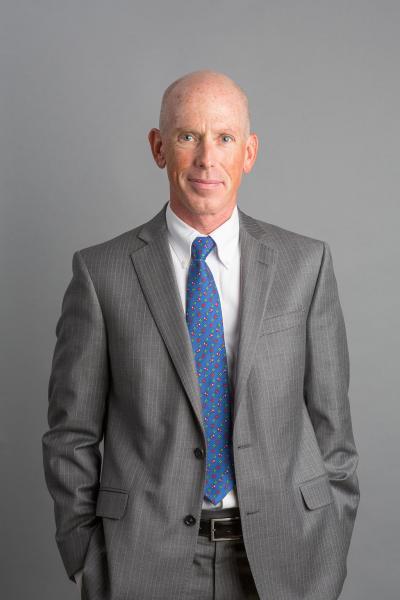 Brian Lynott served on our development committee in 2014 before he joined our CP board in mid-2016 and later became treasurer in February 2017. Brian grew up in the inner city of Scranton, Pennsylvania with an early awareness of crime and poverty. He has a bachelor’s in human resources and personnel management from the University of Scranton and a master’s in business administration and management from Palm Beach Atlantic University. Brian moved to South Florida in the 1990s and has over 25 years of professional banking experience including coordinating bank acquisitions and systems conversions and establishing and maintaining community reinvestment activities (CRAs) throughout the state.

Brian was a regional executive manager for AmTrust Bank, a division of New York Community Bank, for 13 years and is now the retail division head for Valley Bank and responsible for the retail branch sales, service, and operation for the east coast of Florida. Brian appreciates how CP's staff, volunteers, committee members, and board members are passionate about what they do to improve the lives of those in need in our area. He enjoys contributing in ways both big and small, whether a holiday toy drive or a strategic decision while learning about the work needed to address local housing, social services, and community support issues. When not changing the odds for others, Brian enjoys spending quality time with his wife, Dee, and their two teenage girls, as well as landscaping, swimming, biking and running -- with three Boston Marathons and 12 full-distance Ironman Triathlons completed (so far).

Board Member - Rev. James B. Cook

Rev. James B. (Jim) Cook joined our CP board in June 2018, bringing a diverse leadership background and a heart for service. Jim has served as rector of St. Mark’s Episcopal Church and School in Palm Beach Gardens since 2007, when he moved from Minnetonka, Minnesota. Jim grew up in Lake Geneva, Wisconsin and is a graduate of the University of Wisconsin with a bachelor’s and a master’s in journalism. He served as director of media for Arthur Andersen & Co. in Chicago and Minneapolis prior to beginning his seminary studies at the University of the South in Sewanee, Tennessee.

Ordained to the priesthood in 1993, Jim has served congregations in Kentucky, Wisconsin, and Minnesota. During his tenure at St. David’s in Minnetonka, Jim led the building of a 25,000-square-foot headquarters for a large food pantry on the church campus. At St. Mark’s, he has served as a founder of Family Promise of North/Central Palm Beach and helped to create Hearts of Palm, a ministry that provides assistance to low-income homeowners with city code violations. In 2017, St. Mark’s bought and renovated several homes that are being used for supportive housing. Jim also recently led St. Mark’s through a $25-million renovation of the church-and-school campus that took nearly six years to complete. He is the co-founder and chairman of the board of The Mama Ada Foundation, a nonprofit that raises funds for school fees and farmer assistance in rural northwest Kenya. He and his wife, Karen, have two grown sons.

Cornesha Dukes-Chisholm joined our CP board in March 2016 and served as secretary from February 2017 to September 2018. Prior to this, Cornesha worked for our organization professionally from 2004-15 as a project director in our community services department. She grew up in Belle Glade and earned her bachelor’s in sociology from the University of Florida.

With more than 20 years of valuable experience in the local non-profit sector, Cornesha is currently the vice president of family services at the Early Learning Coalition of Palm Beach County in Boynton Beach. She is a huge asset to our board with her vast knowledge of the community resources and services within the Belle Glade, South Bay, Pahokee, and Canal Point Areas and her experience with adherence and compliance to federal, state, and local regulation.

Blanca Francisco joined our CP board in July 2015. She came to our organization in 2008 through her involvement in our community service programs and has offered many insights from her unique perspective of both resident and member. Blanca expresses a strong desire to continue growing and learning in order to help parents and residents in her neighborhood succeed.

Blanca is a small business owner who manages and oversees the bookkeeping, scheduling, and cleaning of a number of local resident and commercial offices. She also provides office and event support at BRIDGES at Highland Elementary where she has co-facilitated a number of workshops and activities. Blanca continues to give back to her community by volunteering at local events such as the Lake Worth Beach Cleanup and at her children’s school to help share the knowledge she has gained from participation in the many programs available through CP.

Charlyn Lowery joined our CP board in July of 2016. She was born and raised in the Riviera Beach and West Palm Beach, Florida communities. Charlyn earned a bachelor’s in social science education from Florida State University, a master’s in public administration with a minor in nonprofit management from Florida Atlantic University, and a specialist degree in educational leadership from Nova University.

Charlyn has been an educator for 15 years and currently teaches at Palm Beach Lakes High School. Within her many roles at exclusively Title 1 schools, Charlyn has tirelessly advocated for and motivated at-risk youth to succeed and promoted community programs that ensure positive outcomes for students and their families. She’s been a Neighborhood Accountability board member for the city of West Palm Beach since 2014 and an I-Teach Mentor since 2011. She says she is honored to serve on the board of an organization with a mission and vision that passionately serves the ones who need it most. Charlyn’s insight regarding the questions, concerns, and needs of the community are extremely valuable and expand our team’s perspective. Charlyn is married to Cortney, and they have two children. She loves to travel, dance and read.

Ricky Petty Sr. joined our CP board in March 2019. Raised in Boynton Beach, Florida, he is the project director of Palm Healthcare Foundation’s Healthier Boynton Beach initiative led by Pathways to Prosperity. He is the former director of BRIDGES at Lake Park. Ricky earned his bachelor’s in sociology from Bethune-Cookman University and was recognized in 2017 with the school’s “40 Under 40 Movers and Shakers” award.

Ricky is passionate about improving the lives of children and families and sharing his life experiences to build bridges to success. By surrounding himself with positive influences as an adolescent, Ricky overcame a number of challenges. His broad professional experience includes working with serious and violent offenders through Workforce Alliance and the Department of Corrections, serving as a volunteer coordinator and director of the Beacon Center for Children’s Home Society, and working as a licensed real estate broker. Ricky is a 2011 Nonprofits First Rising Leader and serves in a volunteer capacity with a number of organizations and nonprofit boards including Genesis Community Health, Omega Psi Phi Fraternity, and St. Paul AME Church. He’s also a proud father, mentor, life coach and motivational speaker to local youth and young adults.

Peter L. Cruise joined our board in July 2019. Peter is the executive director of the LeRoy Collins Public Ethics Academy, an affiliate associate professor at Florida Atlantic University (FAU), and a Palm Beach County Ethics Commissioner. Since graduating with his doctorate in public administration in 1995 from FAU in Boca Raton, he taught ethics and organizational behavior in both undergraduate and graduate students in universities in Virginia, Ohio, California, Florida, and Louisiana for 12 years. Before academic life, his professional career started in West Palm Beach, working at St. Mary’s Hospital, the Palm Beach Blood Bank, and Martin Memorial Hospital in Stuart.

As a longtime resident of West Palm Beach, Peter understands the intricacies of our community and provides a unique view of the people we serve. His passion for people and his expertise helps us integrate housing and financial empowerment, child and family mental health, and community services as we build self-sustaining families and communities. In addition to his many published articles, Peter is the co-editor of the “Handbook of Organization Theory and Management: The Philosophical Approach.” In 2015, he was selected by the FAU faculty of the College of Design and Social Inquiry as a Distinguished Alumnus. He is a member of the Leadership Palm Beach County Class of 2019 who appreciates great food, friendship and music. Peter is an avid cyclist and has completed the two-day, 165-mile SMART Ride from Miami to Key West twice with his Bill Bone teammates.